1894 Beginnings
The Town Hall was donated to the townspeople of Ramona by Augustus and Martha Barnett on Washington’s Birthday, February 22nd, 1894. It is held in trust in perpetuity by a volunteer five member board of trustees. The Town Hall is not owned by the Board of Trustees, nor is it a public agency. For over 123 years, the Town Hall has operated solely on fundraisers, grant monies, private donations, and rent collected for its use. The Town Hall has served as the town’s first library, first movie theater, first high school, first bank, dance hall, justice court, and the birthplace of several of the communities’ service groups, including the Masonic Lodge, the Chamber of Commerce, and the Volunteer Fire department. Additionally, the Town Hall has hosted a wide variety of events, including Temperance Meetings, Turkey Days, Voting Polls, 4-H Youth Meetings, Miss Ramona Contests, Political Meetings, Community Theater; Silent Film Festivals, Town Hall Days, etc..

1993 Restoration
The first phase of restoration and seismic retrofit began in 1993 after a seven year fundraising effort by the Town Hall Trustees. Funding sources included Community Development Block Grants, PLDO Funds, and private donations. The first phase included a new roof, seismic reinforcement to the front half of the building, finish restoration of the West Wing, and complete restoration of the façade to it’s 1894 appearance, which was completed in time to celebrate the 100th Anniversary of the Town Hall in February, 1994.

1995 Arson Fire
After the completion of the work done in 1993 and 1994, there was sufficient funds to complete the finish work in the East Wing. Then, on the evening of January 28th, 1995, just days before the work on the East Wing was to commence, an arsonist set fire to the Town Hall, destroying the finish work that had been completed in the West Wing, nearly the entire second floor, and the roof over the front portion of the building. A brick fire wall original to the building, separating the front section from the main hall, saved it from total destruction.
1998 Fire Repair
It wasn’t until November 1998 that the insurance claim was finally settled out of court, and that work to replace what was lost in the fire, and the finish work on the East Wing that should have been completed in 1995, could commence. While the finish work on the East Wing was completed in 1999, escalating costs did not cover the costs to completely repair the fire damaged West Wing and second floor. During the lost time, the building codes changed, and a fire sprinkler system was mandated for the entire building. Further compounding the problems facing the Town Hall was a five fold increase in insurance costs. With all funds exhausted, the Trustees were forced to close the Town Hall in 2002.

2008 Restart
In 2008, with less than $50 in the bank, delinquent property taxes due, and the threat of confiscation by the county tax assessor, a special town meeting was held by the remaining Trustees for the town to decide the fate of the Town Hall. Vacant seats on the board were filled, and funds to cover the back taxes were quickly donated from all over the town. Additional donations came in to cover the insurance and reopen the East Wing, which was the only finished area following the arson fire in 1995. A combination of fundraisers and donations afforded the completed restoration and reopening of the West Wing in 2012. Subsequent donations and fundraisers have funded HVAC systems for both wings, upgraded lighting, security gates, an alarm system, security cameras, and a preliminary structural retrofit study for the second phase of restoration on the Main Hall. 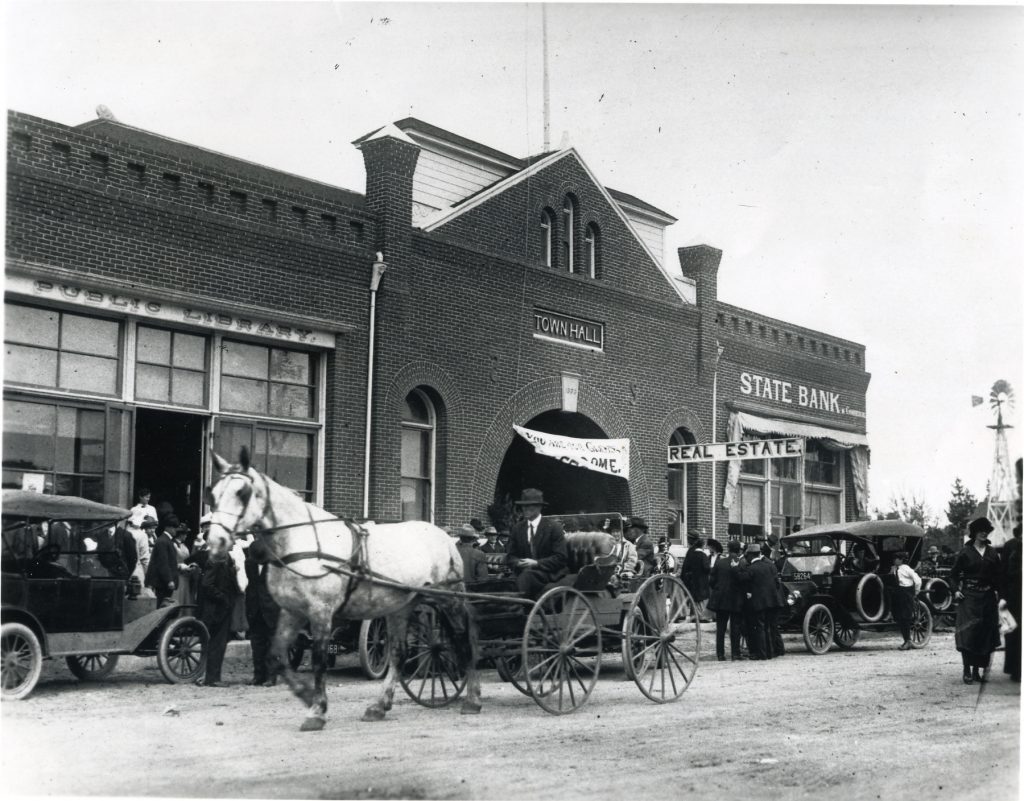