You are here: Home / Board of Trustees 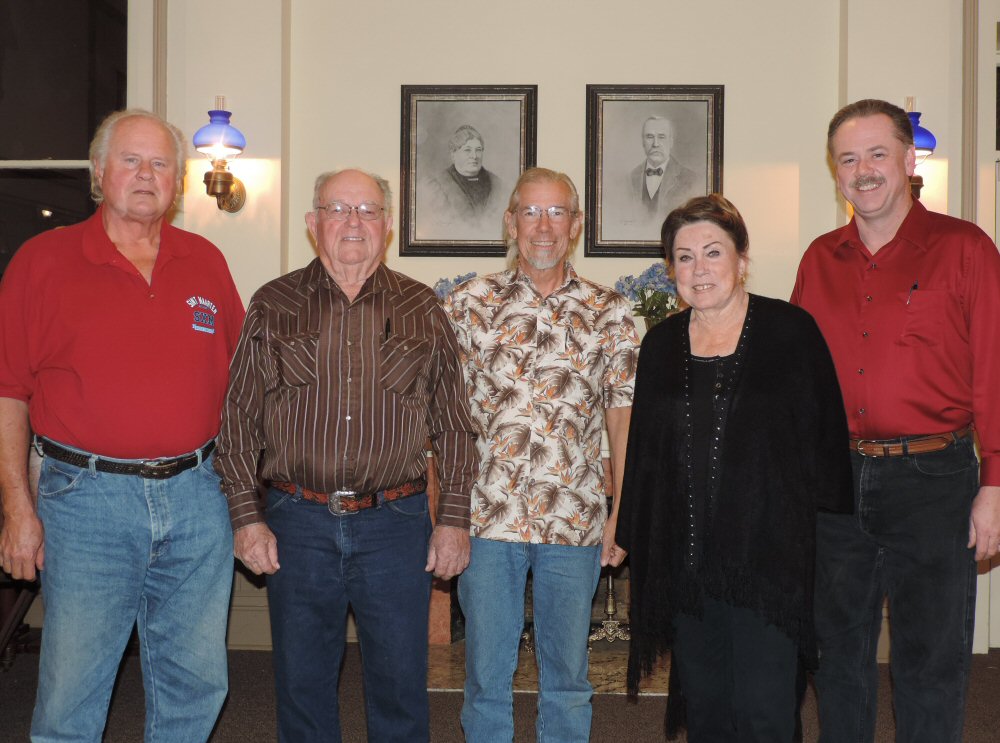 W. T. “Woody” Kirkman (President) Fifth generation Ramonan, and 48 year resident, Woody Kirkman is the third member of his family to serve on the Town Hall board in the past 123 years. He has been involved with the Town Hall since 1984: First with the Town Hall Players, then as a Trustee to fill the position vacated by his great-grand father Guy Woodward in 1986. Woody has served on the Trails and Transportation sub-committee, and as Secretary for the “City of Ramona, Now!” Board of Directors. Woody served as Honorary Deputy Mayor from 1988 to 1990. For over 30 years, Woody has also been technical director for Ramona Community Concerts. The Ramona Chamber of Commerce awarded Woody the 2008 Citizen of the Year Award.

Sandee Salvatore (Secretary and Treasurer) Local Business owner Sandee Salvatore has been a Ramona resident for 35 years, and has been a Ramona Town Hall Trustee since 1989. In addition to being the first woman to serve on the Ramona Municipal Water District board, she is a former Ramona Planning Group Member, former Project Manager for Ramona Revitalization, and former Kiwanis International member. Sandee was also instrumental in bringing the first paramedic service to Ramona in the 1980’s.

Bob Hailey (Member at Large, Honorary Mayor Committee Chairman ) Bob Hailey has been a Ramona resident since 1982, and served on the Ramona Unified School District Board from 1996 to 2008, and was president of that board for 6 years. He has been an active member of Kiwanis International since 2000, is the current Chairman of the “City of Ramona, Now!” Board of Directors, and is a member of the Committee for a Better Ramona. Bob currently serves on the Ramona Community Planning Group Board, and has also served on the Recreation Committee and the Facilities Master Plan Committee of the Country Estates and on the Trails and Transportation, South, CUDA, and Parks sub-committees. The Ramona Chamber of Commerce awarded Bob the 2009 Citizen of the Year Award.

Darrell Beck (Member at Large, Construction Committee Chairman) Retired building contractor Darrell Beck has been a permanent Ramona resident since 1943. His grandparents moved to Ramona from Holtville California in 1917. He attended Ramona schools, and is a past Assistant Chief of the Ramona Volunteer Fire Department. His involvement with community groups includes: Past chairman of the Ramona Community Planning Group and Ramona Design Review Board, director of the Ramona Outdoor Community Center; member, director and past president of Kiwanis of Ramona; member of San Dieguito River Park Citizen’s Advisory Committee; past Town Hall trustee, and Vice-President of Citizens for Private Property Rights. Currently Darrell is a member of the Ramona Chamber of Commerce, and is owner of Backcountry Press and author of On Memory’s Back Trail, a story history of Ramona and the backcountry of San Diego County. Darrell is also a Past Honorary Mayor of Ramona, Citizen of the Year and Kiwanian of the Year. Darrell also now serves on the Ramona Municipal Water District Board of Directors. The Ramona Chamber of Commerce awarded Darrell the 2008 Lifetime Achievement Award.

Wes Brustad (Member at Large, Fundraising Committee Chairman) Wes retired to Ramona in 2016 after a forty-five year career in the performing arts. He was active with the restoration of the San Diego Fox Theater, (San Diego Symphony Copley Hall.) and the renovation of the 500 seat lecture and performance hall at the San Diego Museum of Art, he is the former Executive Director of the Los Angeles Chamber Orchestra, and served for five years as the Chief Executive Officer & president of the New Brunswick State Theatre of New Jersey. More recently, he was the former chairman and is a current board member of the Ramona Community Foundation. In between his community activities, he is a published novelist and has taken up silver-smithing, creating Navajo style jewelry.

Mission Statement
The Ramona Town Hall’s Board of Trustees’ mission is to maintain, insure and keep the Town Hall available for use by the people of Ramona. The Town Hall was granted as a gift to the townspeople of Ramona from the Barnett Family, (Washington’s Birthday, 1894,) and is one of the oldest and last original Town Halls in California, and is registered as a State Historic Landmark as well as the National Historic Register.

Augustus Barnett’s vision for his “Gift” to the town was for it to serve as the town’s library, a meeting hall, and a “proper” place to have all night dances. Since 1894, the Town Hall has fulfilled Mr. Barnett’s original vision, and much more.

It has been the vision of the various Trustees for the past quarter century not only to restore the Town Hall to it’s 1894 splendor, and to retrofit the structure to preserve it for future generations to enjoy, but for it to become a unifying force in our community for which we can all take pride in.

Ultimately, it is the goal of the Trustees to have an endowment fund established so that the Town Hall can be self sustaining to guarantee it’s existence in perpetuity.