My first recollection of the Ramona Town Hall was probably about 1940 as a seven year old boy while standing on the steps watching a Turkey Day Parade. I remember for the first time seeing the girls in their turkey feather outfits standing on motorized floats while tossing packets of smoked turkey wrapped in tinfoil to the people in the crowd.

At the time I didn’t know much about the Town Hall other than hearing from my parents that it was a place where people went to dance or hold meetings and to read books in the library. I knew that my grandmother, Mrs. Harper went there with other women to do Red Cross and Farm Bureau work but to me the Hall seemed to be a strange and somewhat scary old building but I never went inside at that time.

By 1943 our family moved permanently to our property in Ramona where my mother’s family had lived since 1917. Of course my mother and grandparents were well acquainted with the Ramona Town Hall as it was the Hub of activity around Ramona and the backcountry and the primary gathering place for all kinds of public events. During those Depression and War years it was Ramona’s motion picture theatre where movies were projected onto the stage screen in the main hall. As youngsters we would scrape together a few nickels or a dime so we could get in and watch our favorite westerns featuring William Boyd as Hopalong Cassidy, Roy Rogers, Tom Mix and many others including some special monster films with Frankenstein, The Wolf Man, Dracula and the Mummy; we also liked Abbot and Costello movies and the cartoons.

As a youngster, my buddies and I sometimes acted like typical obnoxious boys when in the darkened theatre and I suppose some of the oldsters in the audience wanted to exterminate us, however we managed to survive those perilous years of youthful exuberance. But other than going to the movies, I didn’t spend too much time at Town Hall. There were just too many other things to do to keep a boy busy. However I did know from listening to old-timers that the Town Hall was given to the people of Ramona in 1894 by Augustus and Martha Barnett. I learned that over the years it had been used for a library, bank and even a basketball court, or just about everything else that could happen in a small town and it was a popular place where the people would congregate.

But life was changing and by the time I got to the 8th grade I met a new girl in our class named Patsy. I can remember working up the courage to boldly ask her if she would go to the movies with me at Town Hall……then having to wait until I could meet with her father before this would happen. I recall going to her house and the conversation with her father as her little sisters were peeking and giggling from another room. Then after receiving her father’ blessing, I remember when the big day arrived while showing up on my Schwynn bicycle and taking my date to the movies who rode sidesaddle on the crossbar. This long-ago rendezvous at Town Hall became a regular event for several months before Patsy found another boyfriend who probably had better wheels.

As a thirteen year old boy I had plenty of chores at our place to keep me busy and take my mind off girls. We had thousands of turkeys and it was my job to feed them every day. When working on a ranch a young boy must learn how to drive a truck to get the feed out to the pens, therefore I had learned how to handle a stick shift at a young age. However I didn’t have a license to drive on the highway. So it came to be, that by the time I was 15 ½ years of age I was allowed (one day) to drive the family car on the back roads in town to take care of some business. As I was travelling west on B Street, approaching the stop sign at 7th, I was startled when I spotted a CHP entering 7th and coming my way. For some unknown reason I panicked and went right through the stop sign, cutting off the officer who seemed quite irritated at my unlawful maneuver as he was writing out the ticket for failing to make a legal stop, driving underage and without a license. My summons required me to appear before Judge A.C. Bisher at Town Hall.

By this time (about 1948), the new Ramona Theatre was in operation and Town Hall had just been remodeled, including the addition of a new kitchen. The main hall was being used primarily for dances, banquets and other public events. The East Room was now the courthouse where I remember being represented by my father while standing awkwardly before the judge who admonished me for my foolish actions, but who let me off with a warning requiring me to get a license as soon as I became 16 years of age.

I studied the motor vehicle manual faithfully, memorizing every rule. Finally after my 16th birthday I showed up for the regular driver’s test at Town Hall. There the driver’s test officer took me on a tour of Ramona, but with me at the wheel. I remember having to signal, pull to the side, come to a full stop half-way up very steep 6th Street grade, then turn off the engine, set the brake, use the proper arm signal and start again from a full stop. This was before automobiles were equipped with automatic transmissions, power steering, signal lights and other modern conveniences. When we returned to Town Hall, I received approval for my first driver’s license, but I remember several others who were very unhappy because they had failed their test. 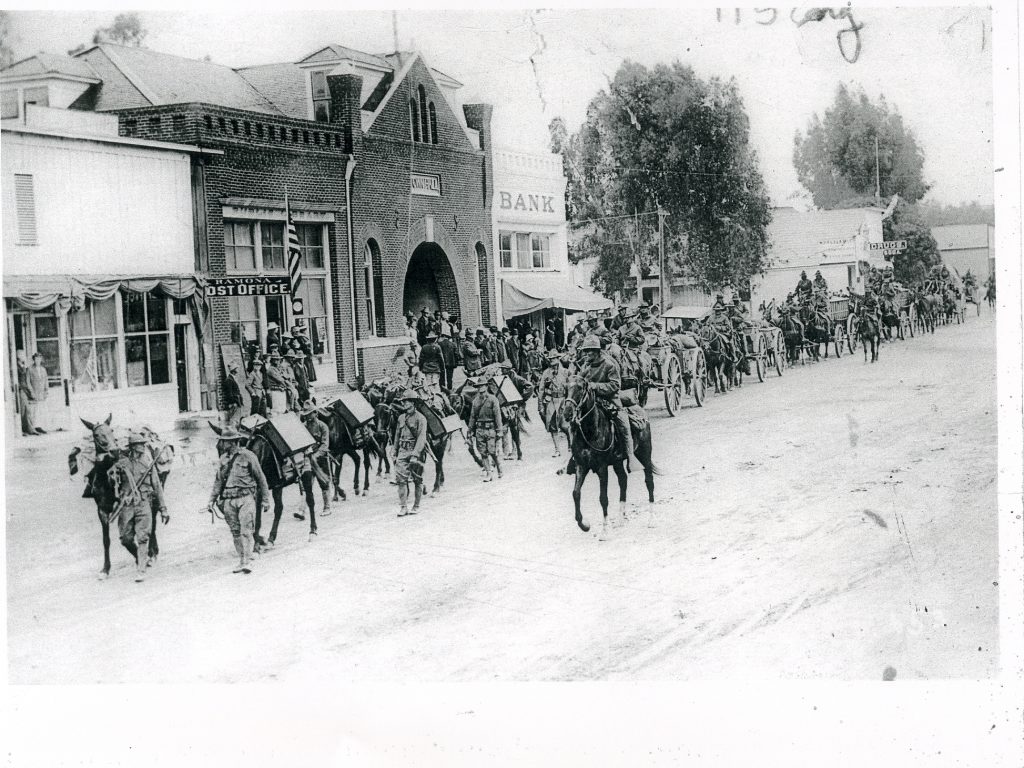