The Honorary Mayor Contest is the official fundraiser of the Ramona Town Hall, and was first conceived and sponsored by the Ramona Sentinel in 1984. The funds raised from the contest help with ongoing expenses, such as insurance, water, electricity, etc.. Candidates “earn” one vote for each dollar they raise for the Town Hall. Unlike a “normal” election, there is no limit to how many “votes” you can cast nor how many candidates you can vote for. The candidate with the most “votes” wins a two year term to carry the title of “Honorary Mayor,” a position that carries no official power, but the responsibility to represent the town as an ambassador of goodwill. The mayor will be awarded an official sash.

The Honorary Mayor is encouraged (but not required,) to attend local and regional events in the capacity of “Community Ambassador.” The Ramona Chamber of Commerce will assist the mayor and make suggestions as to events to attend. The Mayor may also make decisions to attend county or state events at will.

Each dollar collected and turned in by June 30th at 7:00 pm (in election years,) to the Ramona Town Hall equals one vote. The candidate with the most votes (dollars) wins the “election.”

Each candidate is encouraged to keep a record of dollars collected and turned in. It is suggested to photocopy checks for your records and (if you please,) send thank you cards or letters for large donations. The Honorary Mayor Committee can provide a “Thank You” form letter for this use.

Each candidate is encouraged to form a letter of request for dollars by explaining why you want to be mayor (what is your platform?) and why you are interested in preserving and renovating the Ramona Town Hall. The candidates can also get creative holding “mini-fundraisers” such as jellybean counting contests, etc.

The contest is meant to have fun while collecting dollars to help pay for ongoing expenses of the Town Hall (utilities, insurance and maintenance). Some dollars also go toward actual restoration.

What is your platform? This can make it more fun by declaring some ridiculous platform such as seeking to rid the town of flies; abolishing the IRS; starting your own government; printing your own money; diverting traffic, etc.

Candidates must have the following qualifications: 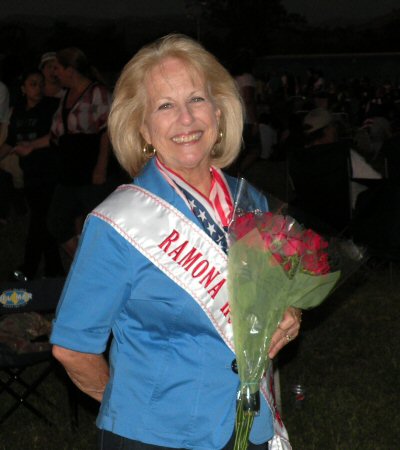