Looking for space to hold a meeting, recital, birthday or retirement party or fundraiser?

Our East Wing, the former State Bank of Ramona, features our 1925 5'6" grand piano, internet Wi-Fi, and 70" Monitor.
Seating Capacity:
32 with Four Round Tables,
42 with Seven Long Tables,
48 with Chairs Only.

Both Wings have Edison Electric Lights, Forced Air Heating and Cooling, as well as Ceiling Fans. 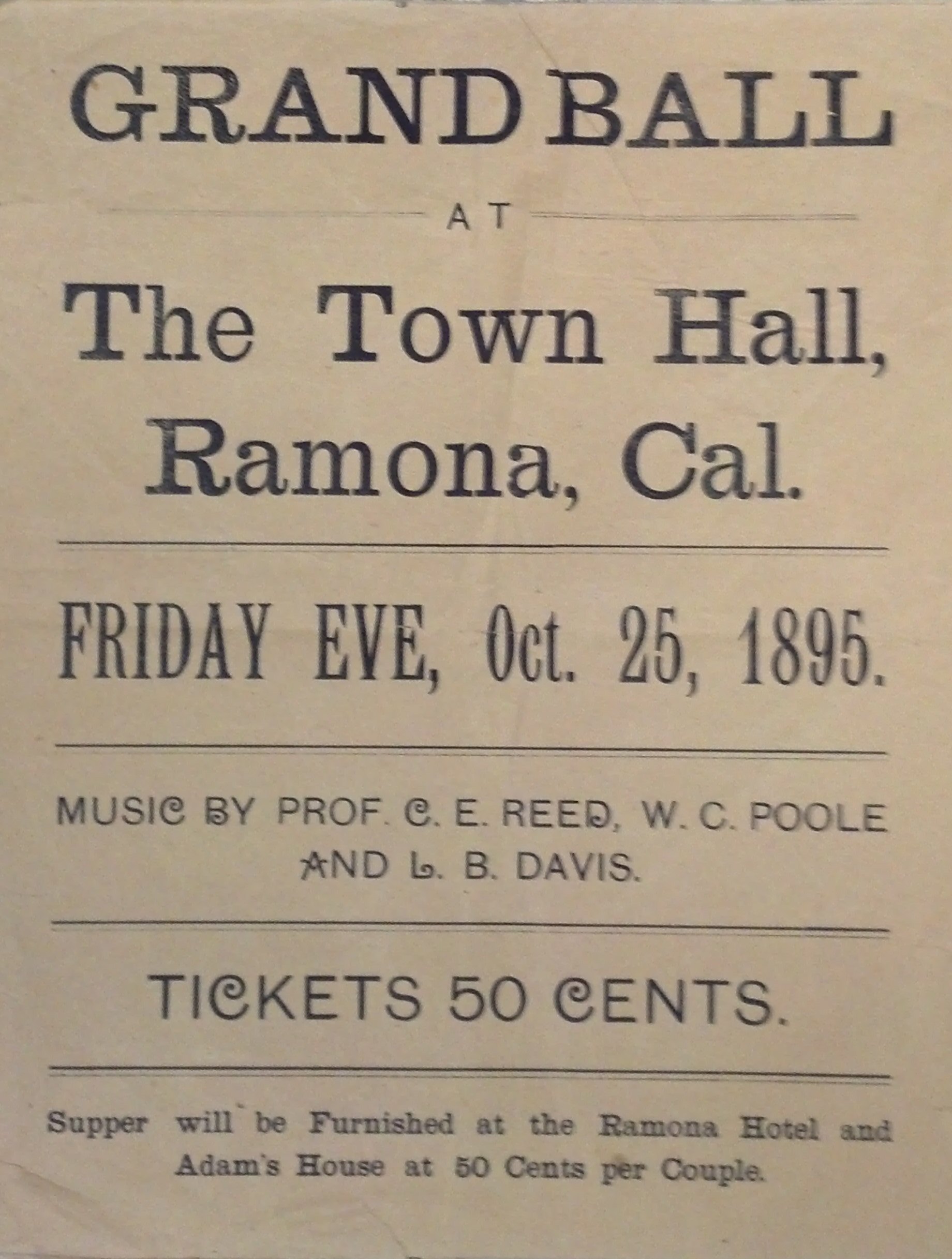 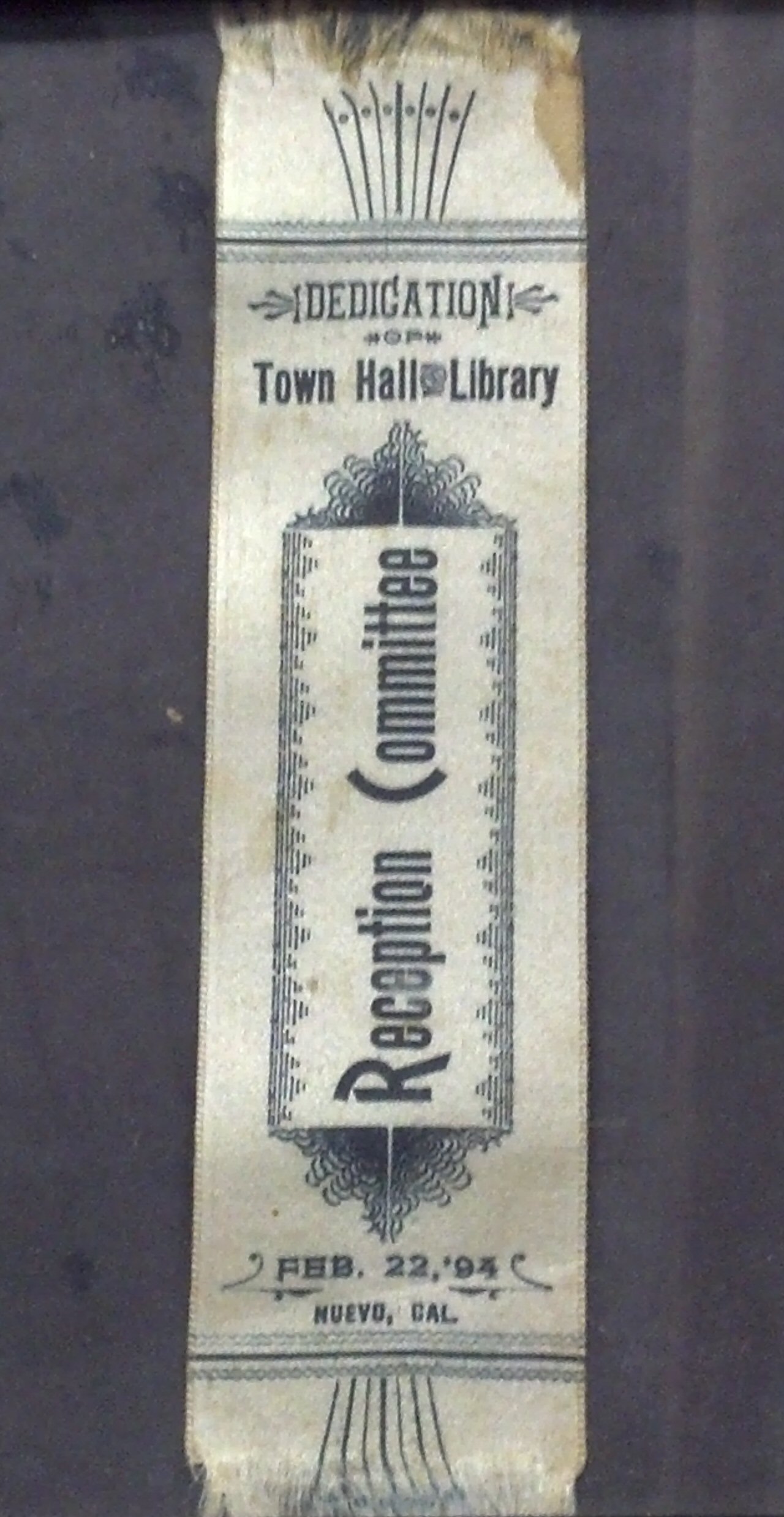 There is a Sleeping Beauty

On the Main street of town…

Stately she rests, her history profound…

The sleep has been long;

the doze has been deep,

much in disarray, The legacy a heap…

How to wake her, what went wrong?

the nap is too long

From Chambers to classes

to celebrations and such…

She is missing, oh so much

The coffers are empty; the well has run dry…

And we all ask why

So the people assembled, uniting as one…

Plans were made, ideas begun

How to wake the Sleeping Beauty,

The 'Jewel of our Town'

The people spoke both timid and bold…

Should we let her sleep, is she too old?

The course was set…the plans were made…

At last we have a small brigade

The interest is high the attachment is deep...

But how to end this long long sleep?

The task is arduous the labor abounds…

We honor the care takers from yester year

And thank them abundantly for holding her dear…

As the Sleeping Beauty awakens,

I think I hear a sound…

Society prevails, the people are crowned

So let's celebrate together the rest is now done,

There's work to be done

Latest From the Blog 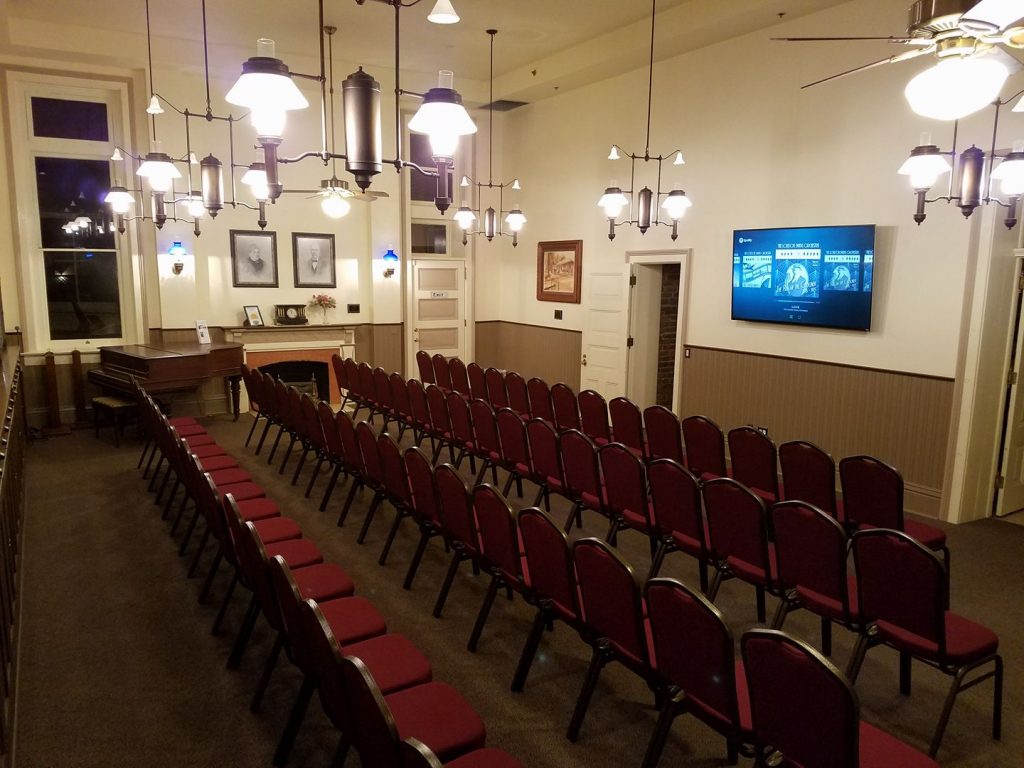 Our beautiful West Wing now features a 75″ monitor for video, slide show, and internet presentations, with seating for up to 68. If you are looking for a great place to hold a seminar, sales meeting, birthday or retirement party, etc., give us a call, 760-789-8696. 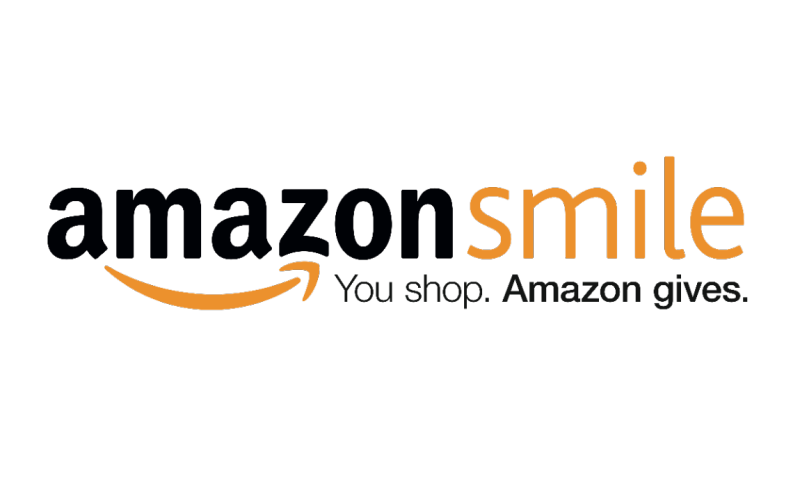 Help support the Ramona Town Hall with every Amazon purchase at no extra cost. Save the link below in your bookmarks and share with your friends, then use the link every time you shop Amazon. It’s that simple. 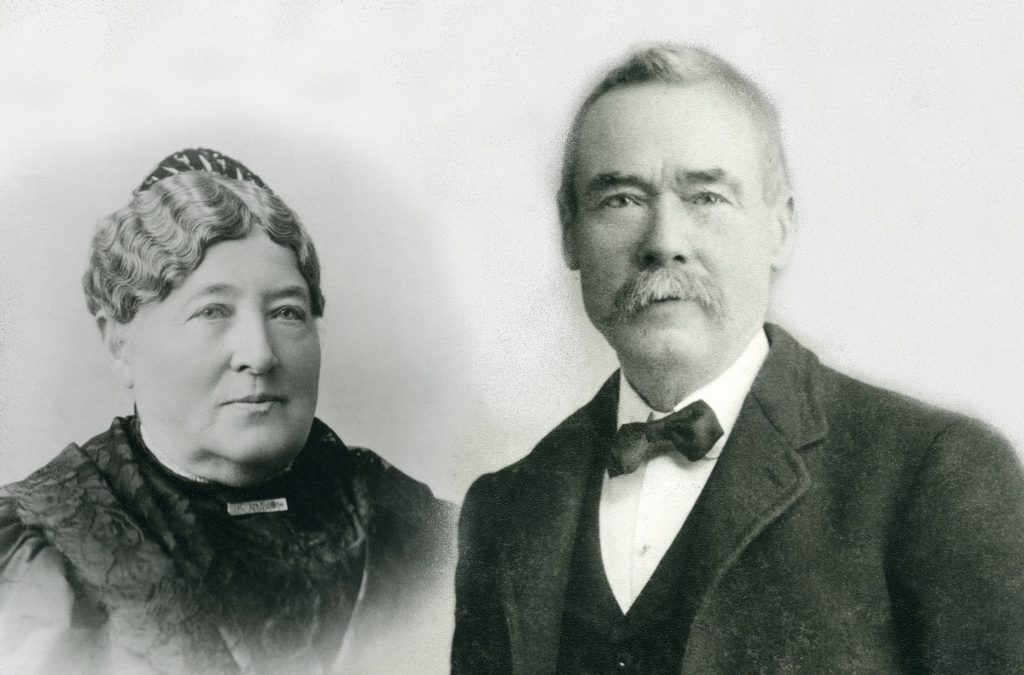 “As the story goes, Augustus thought it improper for dances to carry on all night at the school house, and that the growing town needed a place to serve that purpose as well as a library.”The Ramona Town Hall was donated to the town people of what was then Nuevo on Washington’s Birthday, February 22, 1894, by Augustus and Martha Barnett. Construction on the two story edifice began on July 11, 1893 on two lots donated by realtor Milton Santee, and was completed in February 1894 at a cost of $17,000. (Later that year, at the insistence of Mr. Santee, the town was renamed Ramona, to capitalize on the popularity of the fictional character from the best seller by Helen Hunt Jackson.) The Barnett’s established an unpaid five member board of trustees in perpetuity to administer the operation and upkeep of the Town Hall. For the past 123 years, the Ramona Town Hall has operated solely on private donations, fundraisers, grant moneys, and rent collected for use of the building. The Ramona Town Hall is not owned by the Town Hall Board of Trustees, nor is it a public agency. The restoration work that has taken place in the past 30 years has been funded by county administered C.D.B.G. and P.L.D.O. funds, along with private donations and the fundraising efforts of the board of trustees and honorary mayor. The work completed to date includes a complete seismic retrofit of the entire front portion of the building, installation of new plumbing and electric wiring in the east and west wings, three new restrooms, a new roof over the entire building, façade replacement, and fire sprinklers throughout the entire building.

The California Landmarks Advisory Committee approved the Ramona Town Hall as a Point of Historic Interest on January 26, 1973.

The San Diego County Board of Supervisors designated the Ramona Town Hall as a Historic Landmark on November 10, 1991.

The Ramona Town Hall celebrated its 100th Anniversary on February 22, 1994.

The “Save our Heritage Organization” presented the Ramona Town Hall Board of Trustees with the prestigious “Civic Restoration Award” on May 10, 1994, the Centennial Year of the completion of the Town Hall.

The Ramona Town Hall was placed on the National Register of Historic Places on September 26, 1994.

The John P. Squibob Chapter 1853 of E Clampus Vitas dedicated a historic marker plaque for the Ramona Town Hall on April 25th, 2009 (The Chapter also presented a plaque that recognizes the Ramona Town Hall’s place on the National Register of Historic Places.

The 123 year old Town Hall is one of the oldest and last original Town Halls in California, and is registered as a State Historic Landmark.

The Ramona Town Hall is one of the largest and oldest adobe structures in the entire Southwest, and features an Romanesque/Mission Revival architecture, a style unique to its architect, William Sterling Hebbard, (1863-1930.)